Not One: Asymmetries. Anthology of Peruvian Poetry by Cardboard House Press. Reviewed by Charlotte Whittle 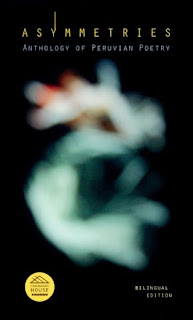 Asymmetries, an anthology of Peruvian poetry produced by new bilingual press Cardboard House, introduces readers to an extraordinary diversity of voices that represent the course of Peruvian poetry since the post-avant-garde moment of the 1940s. Edited by Paul Guillén, Giancarlo Huapaya, Cristian Medina, and Maggie Messerschmidt, the collection includes the work of sixteen poets and eighteen translators, and showcases a broad variety of themes, styles, and movements.

Asymmetries is nationally focused, but the concerns of its poets are at once complexly regional and richly cosmopolitan. While poets such as Carlos Germán Belli, Pablo Guevara, Antonio Cisneros, and Juan Ramírez Ruiz draw on Peruvian subject matter in their work, others, such as Juan Ojeda, Rodolfo Hinostroza, and Luis Hernández, enter into dialogue with voices from other traditions and situate themselves in a global literary genealogy. Still others inhabit a space somewhere between the global and the local, treading a line between cosmopolitanism and the draw of matters pertaining to home. In “Late in Granada,” Mariela Dreyfus invokes Rimbaud and slips into French while evoking the Spanish city of Granada; yet, she also alludes to the presence in her literary DNA of the chronicler of indigenous Andean culture José María Arguedas, and of Blanca Varela, another poet featured in the anthology. The poem’s fusion of places, traditions, and voices exemplifies the complex interweavings on display throughout Asymmetries: “Upon turning/ a corner in downtown Granada I see the wrought iron/grid of downtown Lima” (283).

Editor Paul Guillén explains in his introduction that rather than grouping poets by “generation,” the anthology presents its selected authors in order of birth year. The anthology also avoids categorizing the poets according to movements, as is sometimes the practice in Latin American literary history. Guillén instead acknowledges the productive coexistence of distinct aesthetic modes – what he calls “systems.” A generational categorization, Guillén argues, could obscure the degree to which a number of the writers in the collection participate simultaneously in several distinct poetic “systems,” such as regionalism or the neobaroque. One achievement of the anthology is thus to reveal how the poets’ work may transcend the categories in which they have previously been placed.

The extraordinary, hallucinatory poems of the first poet featured in the collection, Jorge Eduardo Eielson, will be a revelation to English-language readers. “Primera muerte de María”/ “María’s First Death” elevates the wife of the speaker, María, and her modest barrio to the stature of myth. In her poverty and raggedness she brings a sacred power to her surroundings, and becomes a figure of suffering and redemption. Joseph Mulligan’s translation eschews the literal with great sensitivity to rhythm. In the opening of “Primera muerte de María,” he renders

In spite of her light hair, her mysterious gauntness,
her golden and final sadness, identical to mine,
I adored my wife,
tall and quiet as a strand of smoke.  (25)

Out of the many synonyms Mulligan could have chosen for “delgadez,” his choice of “gauntness” brings us a María in keeping with the haggard woman of the Spanish original, and the attention to rhythm in the second line reveals the work of a translator with a keen ear for the poem’s musicality. Moreover, by rendering “como la mía” as “identical to mine,” rather than “like mine,” Mulligan stays closer to the syllabic count of the original. Later, Mulligan offers:

People eagerly awaited the day when
with two white wings
María would leave the earth with a smile at passersby.
But her worn out shoes, like two millennial nails,
never got off the ground. (25)

The translator creates new resonances through alliteration, where there was assonance in the original. Though these resonances may seem fortuitous, they result from Mulligan’s willingness to take risks, allowing Eielson’s poems to emerge as whole entities.

Perhaps the clearest descendant of the great Peruvian modernist César Vallejo in these pages is Blanca Varela, whose poetry, in the words of editor Guillén, “integrates lexical economy with semantic density” (14). It is not hard to find echoes of Vallejo’s Trilce, which remains arguably the most radically avant-garde work of poetry in Spanish, in the following:

Reminders of Trilce can be detected in the quick layering of images, the sense of the helpless materiality of the flesh, and the turn towards mystical contemplation. The brevity and precision of Varela’s poems require a deft translation. E.M. O’Connor handles Varela’s sparseness with the same economy of language that characterizes the original:

The poems of Carlos Germán Belli exude a nihilism saturated with irony. Known for adopting the intricate poetic forms of the Spanish Golden Age, Belli spent many years performing tedious bureaucratic work in the Peruvian Senate, before eventually becoming a professor of literature. He dramatized his toil in the poem, “Amanuensis”: “Even as I am collapsing on the floor, panting,/exhausted to the bone, all broken down,/still, all day long, I toil, moving mountains” (67). The poem is a litany of sufferings, which can have no climax since they are present throughout. Instead, the poetic voice delivers a deflating dose of irony (lest we should expect some heroic conclusion) when he reveals the struggle to be the result of the banal reality of his position at the bottom of the pile: “just a poor amanuensis of Peru.” In another poem, “Segregation Number 1,” Belli summons ironic pathos as he delivers a plea from the underdog, a lyric subject who digs a hole deep in the earth in which to hide, “for up there everything has an owner” (65).

Belli’s virtuosic performance in hendecasyllables in the poem “The Stocks of Lima” presents a challenge to the translator, to say the least. Part of the poem’s potency is in its tight rhythm, and although the translation does not consistently maintain the punchiness of the original, it ends with three lines of such well-rendered iambic pentameter that one wonders if perhaps an opportunity was not lost to prioritize rhythm over exactness by favoring iambic pentameter throughout: “Your stocks do this, oh Lima, I know it well;/as much a cradle as a perpetual tomb/for whoever here is born, lives, and dies” (69).

Antonio Cisneros writes of Perú’s capital in a different tone. His “Crónica de Lima” appropriates the refrain of “Hermelinda,” a popular criollo waltz – a style of song characterized by elaborate guitar playing and nostalgic lyrics, essential to the urban culture of coastal Perú. The poem is punctuated throughout by the plea “Remember me, Hermelinda, remember me.” In this chronicle of the city, Lima emerges as a site of the personal and the historic, popular culture appears alongside historical memory, anecdote alongside official history:

Oh city
maintained by the skulls and customs of kings who were
the dullest- and ugliest – of their time.

What was lost or gained between these waters?
I try to remember the names of the heroes, of the great traitors.
Remember me, Hermelinda, remember me (117)

Nostalgia here mingles with hope and perhaps a reconciliation with a city whose defects are its defining characteristics: “There’s also a river./Ask about it, and they’ll tell you that this year it’s dried up,” (119) and “This air – they’ll tell you-/turns everything red and ruins most things after the briefest contact” (121).

Meanwhile, Miguel Angel Zapata’s contemplative, lyrical prose poems turn everyday sights into immersive moments of reflection that can transform the quotidian into a vision. Perhaps best understood as a neoromantic, Zapata displays a certain kinship with the Juan Ramón Jiménez of Diary of a Newlywed Poet. The lyric subject in his work focuses on a nature that is often domesticated, yet pregnant with possibility. In her masterful translation of “Los muslos sobre la grama” / “Thighs upon the Grass,” Suzanne Jill Levine brings the essence of the poem into English, privileging equivalence of effect and a strong sense of the whole, over translating verbatim, so that the young woman running in the cemetery, “la que trotaba ágilmente sobre los muertos,” becomes “the one who floated against the dead.” The vigor of the young woman who runs through a space associated with mourning provokes the thought that “death was not the subject of tears but rather of joy when life continued vibrating upon the grass” (254). Zapata’s poems enclose an approach to contemplation that is, as the critic Óscar Hahn writes, “an attitude of exploration and recognition of the wonders of the world, which are also the wonders of writing. The poetry of Zapata is not a diary of death. It is rather a diary of living lightly” (as quoted by Guillén, 18).

Reacting to a tide of colloquialism and conversationalism that became dominant in Latin American poetry under the influence of the “antipoetry” of Nicanor Parra, Roger Santiváñez has underlined the importance of musicality in his work, saying “I work with syllables, words, and assonances as if they were musical notes” (tr. Whittle). Such assonance and musicality are on full display in the poem “Cooper River Park:” “& el destello del brillo del río/Contemplo inmóvil en la verde orilla” / “& the glitter of the river’s shimmer/still I gaze on the green bank” (249). In Elsa Costa, Santiváñez finds a translator fully attuned to the “musical notes” of his poems. Furthermore, she pays particular attention to the baroque elements in his verse, and seems to have a feel for the vocabulary of baroque poetry in English; “aguas pardas” become “dun waters” (251), while in the poem “Isla del mar,” “Sun’s theft is the beauty of a happy/Girl leaping in the foam devoted to/Her watery delight with Orphic delirium” (253).

The sheer range of work and the variety of poetics included in Asymmetries makes it the essential introduction to contemporary Peruvian poetry in either Spanish or English. Among the poets working today who are represented here, the MIT trained linguist Mario Montalbetti comes closest to offering a manifesto for a new approach to writing in a language inherited through colonialism: 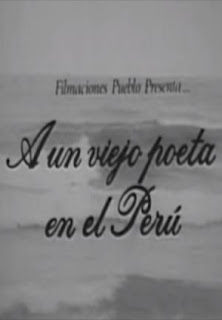 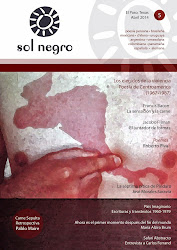 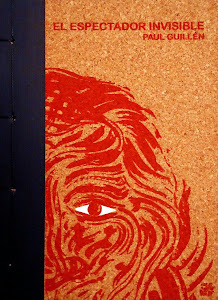 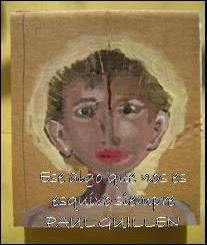 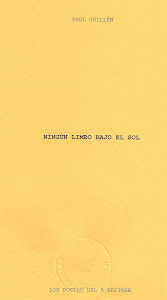 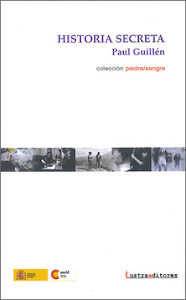 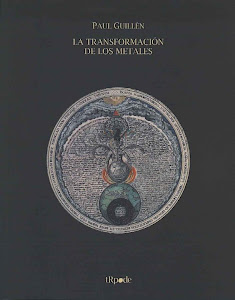 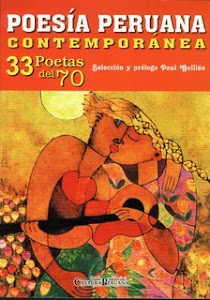 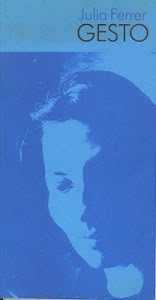